Pikes Peak Model A Ford Club:Our club wanted to celebrate International Model A day in a special way this year.So on 22 September we assembled 16 Model As at the beautiful Garden of the Gods Park in Colorado Springs CO.From the Park we could see our quest, the 14,115 ft Pikes Peak mountain.We took a short drive through Garden of the Gods then we were off to the Gate of Pikes Peak.
Regrettably, we lost one A at the gate with a blown coil.So the 15 As started up the steep mountain with narrow roads with extreme drop offs.It was slow going with several stops for cool down.The sky was clear and the temperatures were dropping as we increased in elevation.The cooler temps were a benefit for the cars.We finally all made it to the top of America’s mountain.Both the As and the drivers were struggling for oxygen at over 14,000 feet above sea Level.
It was about 45 degrees at the top but the sky was so clear and the views were amazing.We all took a break before heading back down the mountain. No one discussed that it would be scarier going down then up.We did all agree that low gear was the way to go in order to preserve our brakes.

Everyone made it down to the gate and we were able to get the car we had to leave behind running.Then we all went for a late lunch.What a great time.What better way to celebrate International Model A day and the 90th anniversary of the A than a long, high and wonderful trip up our mountain.

Ray Gross
​
To our delight a cool video was published on youtube - below is the link.
​
https://youtu.be/5IE-D_RvkS8 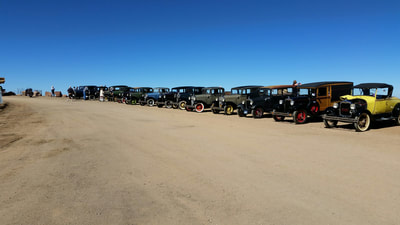 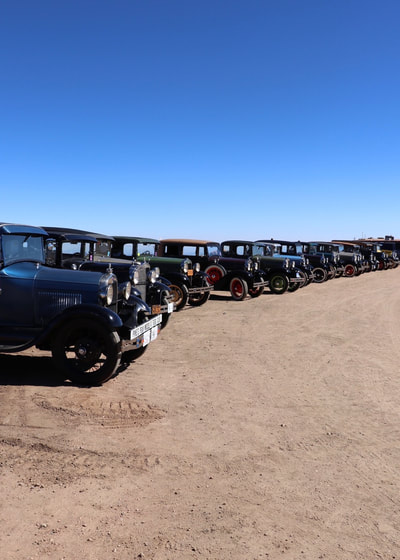 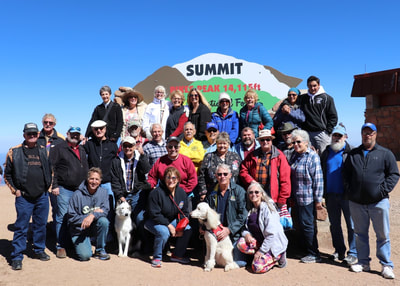